The JB&B Leach business has been serving the people of St Helens since Victorian times, enjoying a rich history within the St Helens community for 165 years – and so of course, this required something truly to mark this momentous occasion.

As branding and marketing experts, we at Team GB recognised the importance of this milestone, and therefore curated a year long strategy for JB&B Leach which would not only mark the year, but maximise the reach and presence of the brand within the North West.

As part of the strategy, a toolkit of logos were designed to temporarily replace the standard business logo, highlighting the 165th anniversary in a stunning gold colour. These logos were then implemented across all marketing platforms, including the website, email signatures, advertisements and social media. They were also utilised to create promotional items such as pin badges and lanyards for the team, giving a sense of pride and acknowledgement internally, while increasing awareness to customers and potential clients. 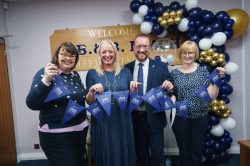 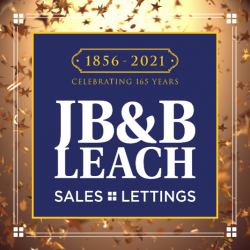 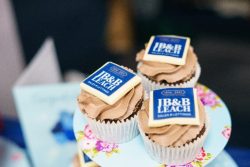 A press release was created and published to the local and national press, followed by an official launch party where influential members of the local community, press and council were invited, highlighting the key milestone for this historic company.

The launch cumulated in the commission of a bespoke mural illustration by local artist and colleague of ours, Stef Woof Illustrations, who brought together the JB&B Leach brand philosophy through a stunning and eye catching piece of visual language which will really stand the test of time.

It has been a privilege working alongside the passionate and dedicated team at JB&B Leach in 2021, and we look forward to bringing to life the continued campaign for their 165th anniversary year next year in 2022. 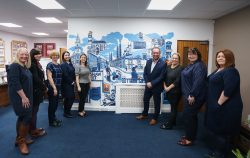