The Art of Placemaking

Recently, the city of Copenhagen revealed its latest marketing strategy to highlight the rising sea levels, and this installation definitely turns heads and ticks all the right marketing boxes.

In response to the climate catastrophe and rising sea levels, Danish broadcaster TV 2 Denmark produced the campaign “Our Earth – Our Responsibility,” which depicted what city benches would look like in the face of rising sea levels.

Placemaking is the promotion and profiling of a certain community, geographical region, event, or destination. As a result, people and the locations they share become more connected.

Placemaking helps strengthen the connection between people and the places they share, and usually refers to the transformation of public spaces, involving the local community.

The Camden Lock bridge at the Camden Markets is a remarkable example of placemaking in England. As a result of placemaking, we’ve all seen the bridge on social media — it’s one of the most iconic spots to inform your followers where you are and how you’re getting active in the community.

Consider all of the places you’ve been around the world and how many times you’ve expressed an interest in visiting a specific location to snap pictures! Consider Iamsterdam, Paris’s ‘lock’ bridge, even Lambananas, and Chicago’s bean. Placemaking is all over the place, and for good reason. Placemaking is everything in the golden era of social media.

Through incisive research and imaginative placemaking efforts, Team GB has been assisting some of our customers in connecting with their local communities – some of which have already begun to take shape.

Birchwood Park, which is also home to GB HQ, has been hard at work implementing their own placemaking strategies. To enhance the surroundings around the business park in order to shout about how incredible it is. The installation of an iconic brand piece called ‘PARKLIFE’ has commenced signalling a true community culture. 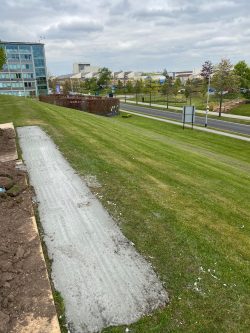 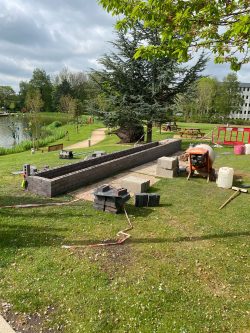 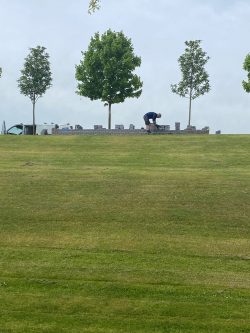